Weekly Round Up: This Week in Australian Business 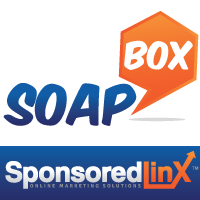 1. There were heartbreaking scenes in The Netherlands, Thursday night as a cargo plane arrived carrying the bodies of MH17 victims, which were then loaded into a convoy of hearses and driven to a forensics facility for identification. This comes days after Australian politicians pressed the UN for support in repatriating the bodies of the 28 Australian citizens and the eight permanent residents and other passengers on board MH17 after a messy recovery period.

2. The Aussie dollar is back at 0.9413 after dropping slightly due to the MH17 tragedy.

3. Facebook’s earnings revealed that the company makes 62% of its ad money from mobile alone. Further, about 30% of the company’s monthly visitors only check their Facebook pages on their smartphones.

4. Ebay hired WPP and Goodby, Silverstein and Partners to take over its creative and global media accounts.

5. Another passenger airline crash. The third in a week, and the second that’s weather-related. An Air Algerie flight crashed overnight en route from Ouagadougou in Burkina Faso to Algiers with 110 passengers on board. The other incidents were a passenger plane crashed in Taiwan and Malaysian flight MH17 in the Ukraine.

6. A new study from PunchTab reveals that 50% of the people surveyed for the study would prefer not be tracked by a retailer’s in-store tracking programs.

7. Multi-platform campaigns are not as effective as they could be, according to a report by Media Post. However progress has been made in joining TV and social media campaigns together due to the dual use of them.

8. Facebook, Twitter and SnapChat have all announced that they will be incorporating e commerce payments into their social media platforms.

9. Net neutrality in the United States is under threat as a bill is currently being discussed in congress to allow which would allow Broadband Internet service providers, the right to build special lanes with faster connection speeds for companies,willing to pay a higher price. There is currently a public comment period about the proposed bill that has garnered over 1 million responses so far.

How To Build The Perfect Google Remarketing Campaign For The Holidays

While ads are typically more expensive over the holiday season, businesses can use their budget strategically with Google remarketing. Capitalising on a Google remarketing campaign involves remarketing audiences that are already engaged with your products or services. Our team at SponsoredLinx are the experts in Google ads management and can help boost your business through
Read More