There have been quite a few developments of late in the world of social media, so this week we take a look at some of the biggest announcements to have caught our eye. 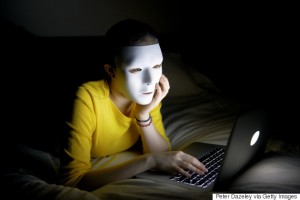 Anyone who uses the internet knows about the less than delightful – but generally unavoidable – appearance of trolls. Most of us deal with them by quickly blocking and banning, or deleting their comments – but this doesn’t actually stop the messages reaching us or our customers in the first place. This week it was revealed that Instagram plan to integrate “comment control” into the app – allowing accounts to avoid such messages by filtering specific keywords and even ‘turning off’ comments for certain posts.

“Our goal is to make Instagram a friendly, fun and, most importantly, safe place for self expression,” an Instagram spokesperson told CBS News. “We have slowly begun to offer accounts with high volume comment threads the option to moderate their comment experience. As we learn, we look forward to improving the comment experience for our broader community.”

While this feature will initially be introduced for high profile accounts, it will most likely be rolled out to the broader community in time. Thanks to a huge increase in Facebook’s stock (which has risen more than 500% in the last four years, according to Forbes), Instagram CEO Kevin Systrom’s $280 million take-home from the Instagram deal has been turned into an estimated $1.1 billion fortune.

Since that date in 2012, Instagram has grown from a zero revenue app with 30 million users, to one with over 500 million monthly users. Forbes have estimated that the app would be worth up to $50 billion if it was a standalone company. It’s been reported that Facebook could soon allow ads up  to 15 seconds in length to be played within Facebook live videos. Announced on Monday, the social media giant revealed that they are currently running tests on the introduction of mid-roll video ads within the live broadcasts.

So what would this look like? According to reports from AdAge and Techcrunch, these adverts would appear around five minutes into a video (as opposed to pre-video) and publishers would have control over which advertising categories were allowed to run during their videos. This would help to avoid certain ads being played during videos of a sensitive nature, such as a tragedy.

While there is no news yet as to when this feature may be rolled out to all advertisers and accounts, it’s an advancement that is sure to be welcomed by many advertisers.

“The introduction of this feature will give advertisers the option to attach their marketing to prime time TV viewing conversations within Facebook,” says our SponsoredLinX social media guru Lachlan Dann. “This will allow advertisers unprecedented real-time targeting and exposure.”