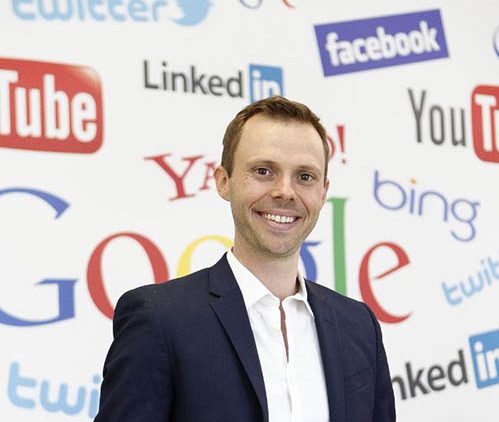 Pitted against 700 organisations from across the Asia-Pacific region, the award-winning digital marketing agency were selected by a panel of more than 50 executives from around the world for their Excellence in Innovation in Business Products and Services.

Founder and CEO, Ben Bradshaw, said he was thrilled by the announcement; particularly given the long-standing history of the award program.

“The Stevie Awards are such a well-known and highly regarded awards program, so to be named as one of their 2017 Business Innovation Excellence winners is a true honour,” he said.

Awarded for their many innovations over the years, including a revolutionary new digital marketing hub app named ‘LinX,’ Mr Bradshaw says that innovation is core to their business.

“We’re extremely proud of ‘LinX’; there’s nothing we’ve released in the past that’s even close to making the sort of impact that this product will—it’s a world first.”

“LinX is a true game changer for small to medium businesses who want to track their AdWords and Facebook campaigns on the go. Without a doubt, the app is the most revolutionary thing we’ve ever done,” he shared.

“We’ve been in the game for over a decade now, but we’re always focused on new innovations for small to medium businesses, so it’s great to be recognised as innovators in the industry.” The Asia-Pacific Stevie Awards are the only business awards program to recognise innovation in the workplace in all 22 nations of the Asia-Pacific region and are widely considered to be the world’s premier business awards, conferring recognition for achievement in programs such as The International Business Awards for 15 years.

President and Founder of the Stevie Awards, Mr Michael Gallagher, said he was ‘very pleased’ to see the continued growth of the awards program, and was blown away by the calibre of 2017 entrants.

“The judges were very impressed with the stories of achievement submitted by organisations throughout the region,” he said. “We extend our warmest congratulations to all of this year’s Gold, Silver and Bronze Stevie Award winners.”

Details about the Asia-Pacific Stevie Awards and the list of Stevie Award winners are available at http://Asia.Stevieawards.com