It can be difficult to keep up with all of the technological advances happening in our world – there’s always so much going on! As part of our weekly blog, SponsoredLinX takes a look at 3 recent developments in the world of Google, Facebook and LinkedIn!

Instagram Hits Half a Million Advertisers in a Six Month Period!

Last week Instagram revealed that they had achieved a monstrous half a million advertisers – a steep rise from the mere 200K they had back in February. So what can be attributed to this huge difference? Quite possibly the introduction of Instagram’s ‘business’ tools, which were launched in May (one of which was their ‘promote’ button).

According to AdWeek, Instagram’s Director of Market Operations Jim Squire revealed that small businesses had a lot to do with soaring advertising rates.

As if the above research isn’t interesting enough, Instagram also appears to be overtaking Facebook in terms of popularity! According to US-based platform NetBase, Instagram was recently found to be the most loved social media brand amongst Australians (based on the amount of social ‘mentions’). In the past year Instagram has achieved a whopping 1.8 million mentions, followed closely by Facebook (1.3 million mentions), and then Amazon, Twitter, and Apple (all of whom rated under 500K mentions).

Snapchat Gets a New Identity

Welcome to ‘Snap’. No, it’s not a brand new app – it’s just the rebranded version of Snapchat. Announced via their official website in late September, the Snapchat team revealed that the reason for their name change; explaining it as a result of the company branching out into new areas.

“When we were just getting started it made sense to name our company Snapchat Inc., because Snapchat was our only product! Now that we are developing other products, like Spectacles, we need a name that goes beyond just one product – but doesn’t lose the familiarity and fun of our team and brand.”

On that note…let’s talk more about Snapchat’s newest product! 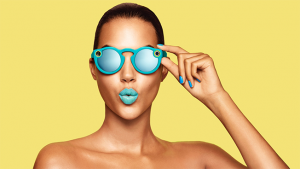 As revealed above, the company has just announced their new video-recording sunglasses! Known as ‘Spectacles’ (which, let’s be honest, is a pretty uninventive name for branded glasses), the wearable tech will allow users to record video with 115-degree field of view, and upload the footage via Bluetooth or Wi-Fi to Snap.

Reportedly costing $129.99, Snapchat Spectacles will come in one size only, and three different colours.

Want to learn more about the world of Digital Marketing? Just fill out our subscription form and we’ll keep you in the loop!

How To Build The Perfect Google Remarketing Campaign For The Holidays

While ads are typically more expensive over the holiday season, businesses can use their budget strategically with Google remarketing. Capitalising on a Google remarketing campaign involves remarketing audiences that are already engaged with your products or services. Our team at SponsoredLinx are the experts in Google ads management and can help boost your business through
Read More